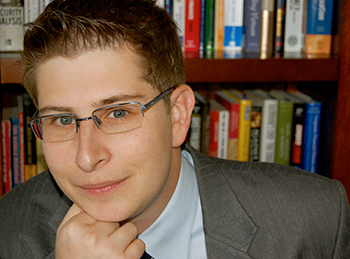 Mr. Nelson has been responsible for actively managing investment portfolios for high-net-worth individuals, retirement accounts, trusts, and a charitable entity since 2000. The portfolio management responsibilities were conducted simultaneously with other professional and academic responsibilities.

Mr. Nelson has years of experience performing investment research for several financial firms including Oppenheimer Capital and The MDE Group. He graduated with honors from Columbia Business School, where he earned an MBA and was in the prestigious and highly-competitive Value Investing Program. Mr. Nelson is a graduate of Villanova University School of Law, where he focused his studies on matters of international law and is a licensed attorney in the states of New York and New Jersey. At Washington University in St. Louis, Mr. Nelson conducted research on speculative financial markets and behavioral finance while earning a BSBA at the John M. Olin School of Business.

Mr. Nelson is an avid international traveler and is intrigued by matters of international economic development. In this regard, he has served on the Advisory Council of The Center for New Institutional Social Sciences (CNISS) and on the Board for Eliminate Poverty Now. He is currently focused on assisting students and academic institutions where he has a personal connection including serving on the Board of the Teddie Nelson Wieland Scholarship Fund and the Alumni Board of Governors of the John M. Olin School of Business at Washington University.

He lives in New Jersey where he enjoys spending time with his wife and precious daughters. 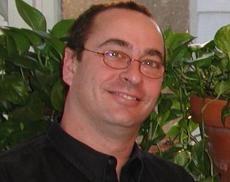 Dr. Sened is a leading scholar in the areas of comparative economics, political institutions and applied game theory. After serving as a Strategic Advisor to Israeli Prime Minister Yitzhak Rabin where he helped enact a series of swift institutional reforms in Israel and implement the Oslo Agreements, Dr. Sened has focused on bridging academic, political, and private sector resources to solve matters of global importance. Formerly the Chair of the Political Science Department at Washington University in St. Louis, Dr. Sened currently serves as The Head of the Boris Mints Institute for Strategic Policy Solutions for Global Challenges as well as The Chair of the Department of Public Policy of the School of Social and Policy Sciences at Tel Aviv University. Dr. Sened is currently engaged in cutting edge research on the prospects of the middle class in OECD countries and on the prospects and future of renewable and natural gas energy implementation strategies. When not at home with his family in Tel Aviv, Itai enjoys traveling globally meeting with global leaders in search of solutions to matters of poverty, environmental sustainability, and food security.

Mr. Worley has nearly two decades of leadership in the philanthropic community working on behalf of both donors and institutions. He has a broad set of experience ranging from helping families construct successful giving strategies to helping Universities, healthcare organizations, and institutions of cultural betterment achieve their fundraising goals, ranging from major gift solicitations to government relations. Through serving both as faculty and on various boards at CASE, Mr. Worley has received national accolade for his longstanding service to this professional fundraising organization. Mr. Worley has his Bachelor’s and Master’s degrees from Ohio University, and is the Vice President for University Advancement & Executive Director of The Lander Foundation at Lander University. He is an avid fly fisherman and trail marathoner. 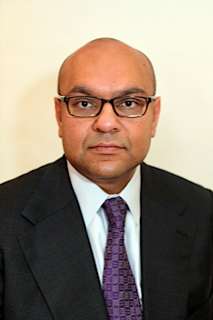 Dr. Chatterjee is the Global Head of Real World Evidence – Epidemiology and Big Data – at Boehringer Ingelheim, one of the world’s twenty leading pharmaceutical companies. Prior to this role at Boehringer Ingelheim, Dr. Chatterjee served as their Therapeutic Area Head (US) of Opthalmology, CNS, Immunology, and Biosimilars. After years of direct patient care experience in the Neuroscience R&D group at Merck Research Labs, Dr. Chatterjee moved to Pfizer Pharmaceuticals. At Pfizer, Dr. Chatterjee was the Global Medical lead for all of the Pain, Neuroscience and Inflammation portfolio of Pfizer’s Established Products group including such medicines as Relpax, Neurontin, Effexor, Zoloft and Xanax. A dual trained physician and board certified in both Neurology and Psychiatry with additional fellowship training in Movement Disorders, Dr. Chatterjee has the distinction of being the only Fellow of both the American Academy and Neurology and the American Psychiatric Association. Dr. Chatterjee has a Masters in Public Health from Columbia University and an MBA from Columbia Business School. He enjoys international travel and has visited roughly 30 countries in this pursuit.